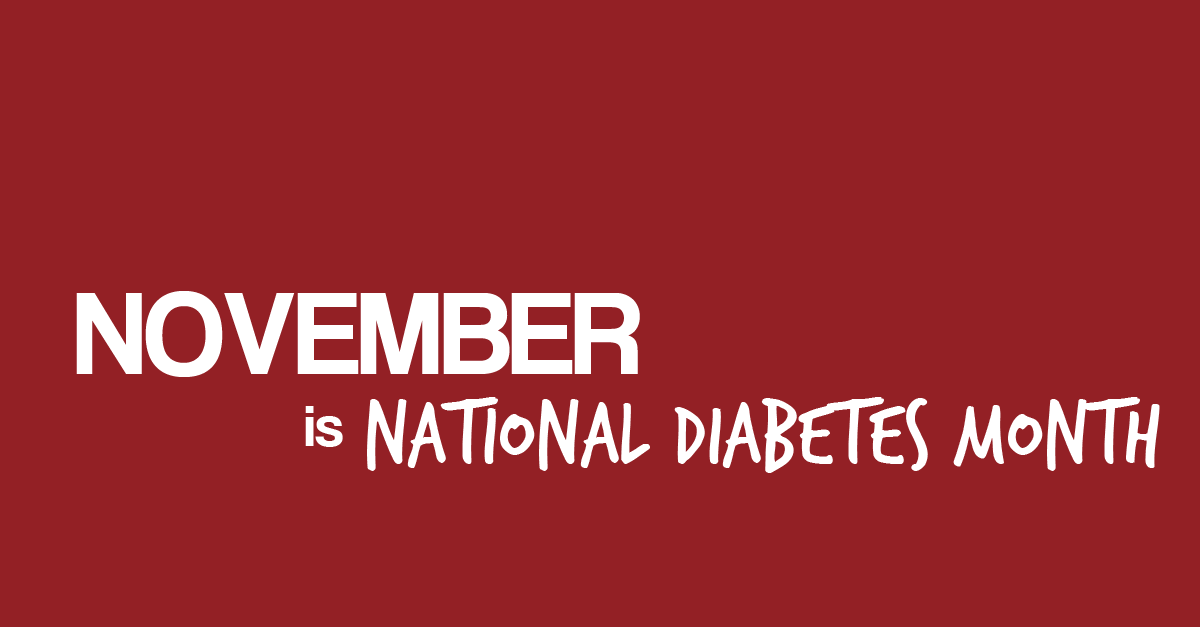 November is National Diabetes Month, a time where America focuses directly on the disease that affects over 29 million Americans. According to the American Diabetes Association, that’s about 9.3% of the entire population.

Diabetes, in its simplest form, is a disease that affects your body’s ability to process sugar. No, not the sugar you find next to the flour and salt in the kitchen. This is the sugar that our body uses for energy, also known as glucose. Right about now, you should be having flashbacks to 10th grade Biology. Don’t worry— we’re not going to test you on this.

For type one diabetes, the body’s pancreas produces little to no insulin, the hormone that turns sugar into energy. This type is temporarily treated by insulin injections two to three times a day. Since sugar intake is affected by so many factors (food, stress, emotions, etc.) the challenge with type one diabetes is knowing precisely how much insulin to take. Too much insulin can cause your body to burn too much glucose, resulting in your blood sugar dropping to a dangerously low level. Too little, and you won’t have enough energy, causing your sugar levels to skyrocket.

For type two diabetes, your body stops responding to insulin completely. Insulin is a key that opens blood cells, allowing energy to enter. With type two, the insulin is unable to open the blood cells, access completely denied. This type is most commonly associated with a sedentary lifestyle and obesity. Typically type two develops after the age of 35, but according to the Diabetes Research Institute, an alarming number of young people are developing this disease, with cases as early as three years old.

However, one of the biggest concerns for patients with diabetes is periodontal disease. An astounding 22% of people with living with diabetes also have periodontal disease. If left untreated, this ruthless disease can destroy your gums, the tissues inside your mouth, and eventually find its way to your teeth. Since diabetics struggle with sugar control, their gums start to deteriorate, leaving them susceptible to long-term infections.

So, what can you do? The ADA recommends five practices you can do to avoid periodontal disease.

With 1 in 5 cases of tooth loss linked to diabetes, this disease is not something to be taken lightly. November might be for turkey, mashed potatoes, and eating as much as you can, but make sure you leave room for diabetes awareness.